The app that will transform your business. How to trick TripAdvisor. A trip to meet the Mafia.

Endless email threads sapping your company's productivity? Can't decide what part of Italy to visit this summer? Agonizing over an upcoming investment pitch? We've got solutions to all of these problems, and more, in our latest collection of Business Bookmarks.

Love it or hate it, TripAdvisor isn’t going anywhere soon. The online reviews site has become an indispensable tool for customers looking for the best places to eat, stay or visit, both at home and abroad. And, despite the odd fake review, the algorithm that affects a restaurant or hotel’s ranking on the site is fool-proof. Or is it? What if somebody created a profile page on the site for a restaurant that doesn’t actually exist and populated it with five-star reviews from real people? That’s exactly what Vice’s Oobah Butler did – and the result was nothing short of staggering. (Via Vice)

In a digital world, it can be easy for important tasks, attachments or notes to get lost in a mountain of email threads. If that sounds familiar, the answer you’ve been looking for is Slack. The team collaboration tool houses all of those messages in one place to keep communication organized and accessible. You can set up dedicated channels for each project or task, and integrate Slack with some of the most-loved platforms such as Trello, Google Drive and Skype. (Via Slack)

The company setting the stage for music stars

The move towards streaming services in the past decade has made touring even more important for the world’s biggest music stars. Unless artists can consistently give people a reason to splash out on their live shows, the money will start to dry up. Since 1978, Tait Towers has been building sets for the likes of Red Hot Chili Peppers, Lady Gaga, U2 and the Rolling Stones, with five-storey castles and floating catwalks among the requests made by its high-profile clients. However, as Wired discovers, Tait Towers’ customers aren’t the only thing that makes its story so compelling. (Via Wired)

Thanks to a stock market surge, Amazon CEO Jeff Bezos has seen his net worth jump $6 billion to $106 billion, cementing his place as the richest person on the planet. And, fresh off a bumper Christmas for the online retail behemoth, it looks like Amazon could soon be competing against Google and Facebook in the online advertising space. According to Doug Anmuth, an analyst at JPMorgan, the amount of data that Amazon holds on people’s shopping habits puts it in a strong position to challenge the Google-Facebook duopoly in years to come. (Via Business Insider UK)

Listen in on investment pitches

Like Dragons’ Den? If so, The Pitch could be perfect for you. Produced by Gimlet Media, each episode focuses on one entrepreneur who pitches their business to a live panel of investors. Listeners are given a true insight into the investment process, the founder’s story, and how the investment played out. If you’re seeking inspiration for your own investment pitch, or simply want to hear some real-life entrepreneurial stories, The Pitch falls firmly in the category of must-listen. (Via Gimlet Media)

To most people, the term ‘Kodak moment’ means a photograph of a cherished memory. To others, however, it has a very different meaning – when a company underestimates or fails to foresee a societal or industrial change that threatens its very existence. This use of the term was coined when Kodak underestimated the impact of digital photography. However, with the launch of KodakOne, a Blockchain platform offering digital rights management to photographers, and KodakCoin, a cryptocurrency that allows people to purchase the usage rights to an image on KodakOne, it appears the company is intent on not making the same mistake twice. (Via Bloomberg)

Go Sicilian for the summer

Planning an Italian getaway with a difference this summer? Why not take a jaunt to Sicily, the Mediterranean’s largest island and home to the Mafia? While the notorious crime syndicate is still active, it isn’t as prominent today as it once was, and the sheer beauty of Sicily means you’ll soon forget about the island’s dark undercurrents. Whether you’re checking out the craters of Mount Etna, exploring the beautiful baroque towns of the south, or sampling authentic Sicilian cuisine, Sicily offers everything you’d want from a holiday to Italy – and a whole lot more. (Via Untold Morsels) 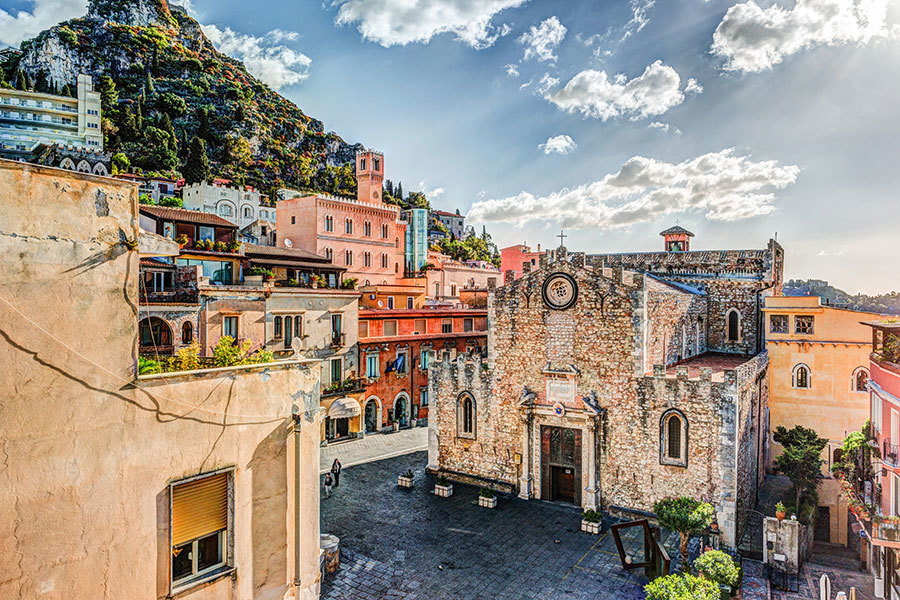 Retain more information by changing how you learn

Cramming may be the favourable method to pass tests in school, but it might be time to consider new learning habits for the business world. Cramming or ‘massed practice’ has been proven to only help us to retain information in the short-term, which isn’t ideal for adopting new work processes or skills. Fast Company looks at ways we should rethink the learning process in order to retain more information over a longer period of time. (Via Fast Company)

The British Bonnie and Clyde?

Eloquently named new Netflix hit, The End of the F***ing World, is an unapologetically dark, angsty Bonnie and Clyde-style comedy-drama that focuses on the lives of teenagers James and Alyssa who, after running away from home to find her estranged father, embark on an impromptu road trip that throws them into grave danger. It’s a gritty and emotional, but ultimately hilarious series that will appeal to fans of other British hits such as Misfits, Skins and This is England. (Via Netflix)

Why now is the time to embrace social media

Despite being one of the main sources of workplace procrastination, business owners have become more willing to adopt social media to answer their business needs. From helping to engage with customers and boosting employee engagement, to monitoring competitors’ online activity, Sukh Ryatt of Oak Intranet explores how businesses can actually use social media to their advantage. (Via The Knowledge Hub)