Could virtual reality provide a customer experience that's literally out of this world?

Ever since the 1950s, when prominent innovators foresaw the use of ‘never-ending screens’ and outer-body entertainment experiences, the conceivable possibilities of virtual reality (VR) have known no bounds, other than that of technology. Visions abounded of an illusory, utopian world, where the user is, at least to the imagination, in control of everything, not restrained by the edges of a computer monitor or mobile phone screen. A seemingly magical power, where the holder can, in an instant, be whisked off to a distant land, a fantasy world or placed in the middle of a giant battle. A simple-looking, but remarkably complicated piece of technology, that allows you to remove the shackles of real life and enter into an altered state.

However, the concepts and visions that surround VR have seemingly always been one step ahead of current technology. It’s always seemed nothing more than a fantastical idea; a classic case of two steps forward, one step back. 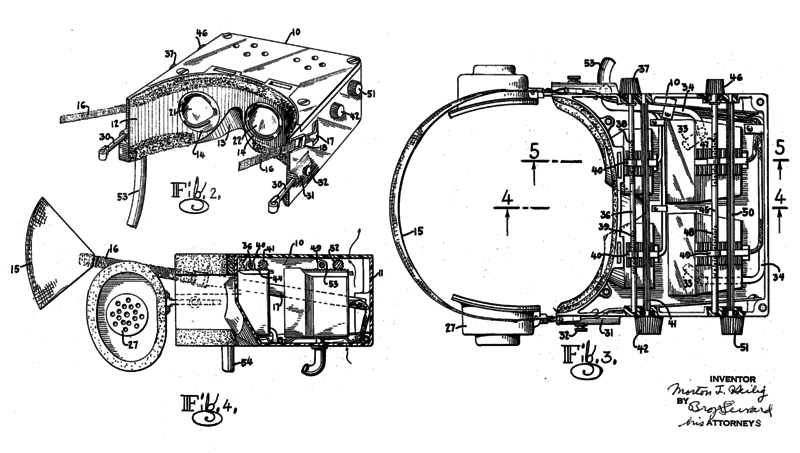 Born as an idea in the decades immediately seceding the second world war, VR’s initial upbringing was, to be generous, rudimentary. Giant, unwieldy machines, such as Morton Heilig's Sensorama, showcased a fraction of what VR could do, but were very different incarnations of what we see today. Seen as gimmicky, almost fairground-like attractions, the push to make VR an actual reality faded. It seemed like it was to be confined to our imaginations. That was until the 1980s when, once again, pioneering scientists and inventors explored the possibilities that VR could bring to a world that was newly eager for technological advancements such as the personal computer, games consoles such as the Sega Master System and ZX Spectrum, and handheld gadgets like the Sony Walkman and Nintendo Game Boy. Little did they know how bad their timing would be.

With the dawning, and eventual mass adoption, of the internet, brains turned towards how to change technology from a luxury to an essential part of everyday life. The focus steered away from VR towards electric and driverless cars, renewable energy and giving every conceivable mobile phone metal chamfered edges. But as the end of the ‘noughties’ approached, the resurgence of VR began.

Virtual reality was once the dream of science fiction. But the internet was also once a dream, and so were computers and smartphones.

Spearheaded by Oculus founder Palmer Luckey (both before and after its $2 billion acquisition by Facebook), Microsoft’s Alex Kipman and Valve’s Ken Birdwell, VR was once again brought to the fore, with innovative technology and affordable headsets, widespread support and coverage from industry and mainstream press, as well as financial support from some of the world’s most influential investors.

With sales and orders of Samsung Gear and HTC Vive headsets making headline news, VR has finally moved out of the ‘almost a reality’ phase to become a real, palpable technology that you can actually hold in your hands. And, more importantly, anyone can get their hands on it. For businesses of any size, this opens up a whole new world of opportunities for educating people about your products, engaging with them and even selling to them. 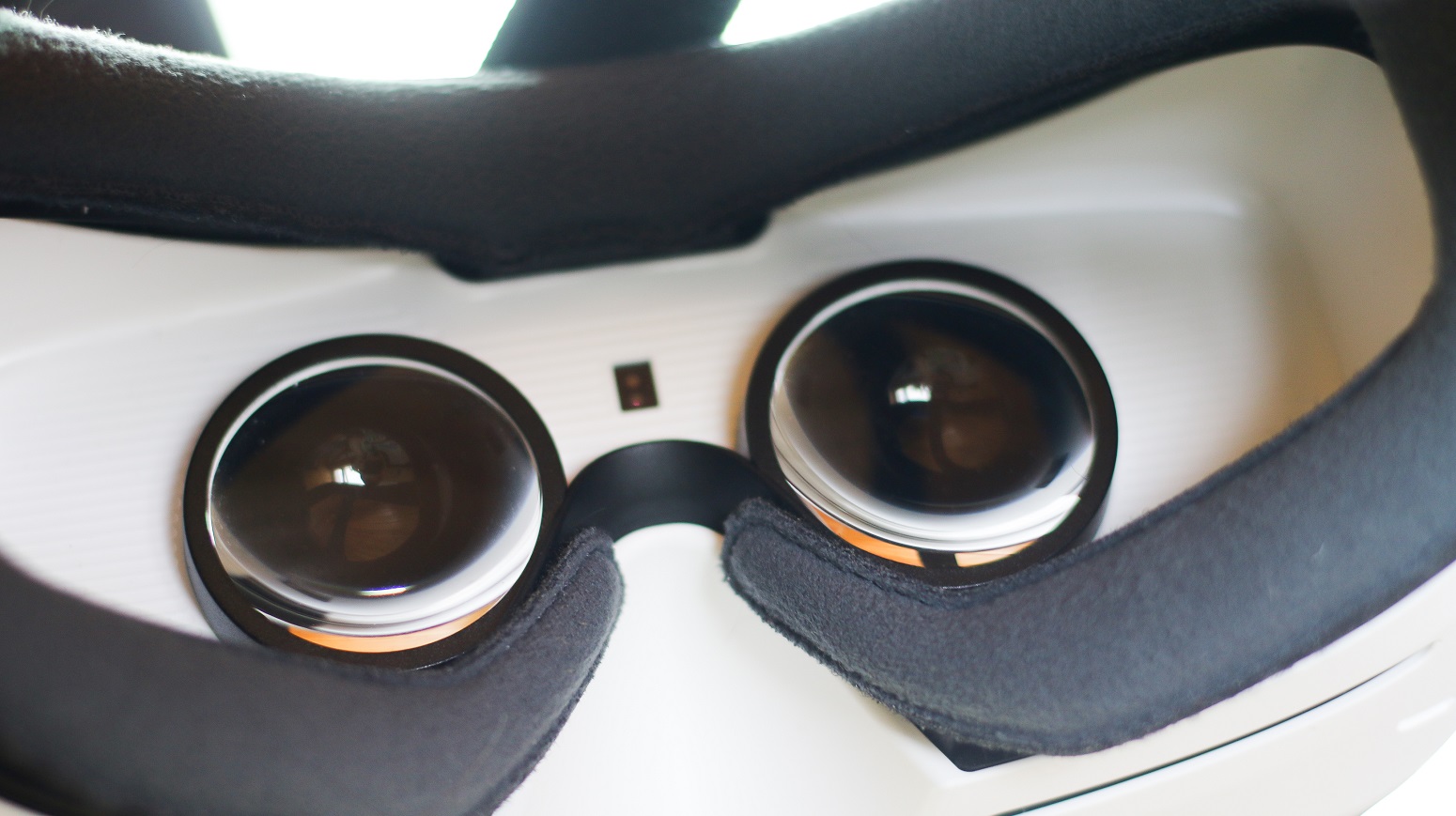 How does it work?

Whilst it’s easy to see VR as a platform to take the gaming industry to a whole new level, it’s a hell of a lot more than just that. To fully realise the endless possibilities of VR, it’s best to draw it back to the basics.

Whether you’re watching a TV show, a film or the latest viral sensation on YouTube, the video creates one image for your eyes to focus on. Much like a 3D movie at the cinema, VR glasses contain polarized lenses – lenses that show two images, one per each eye. This, to the human brain, gives the illusion of depth – the same depth of vision our eyes rely on in everyday life. By mimicking the natural link between how the eyes see things, and how the brain interprets the signal sent by the eyes, VR creates almost a false sense of realism, where the brain is tricked into thinking that what you’re seeing is real.

It's this trick of the mind, or illusion, that could revolutionise the way that small businesses engage with customers. We’ve already seen forward-thinking estate agencies, realtors and architects using VR to show clients around prospective properties, from house boats to 30-storey apartment blocks. We’ve seen tech startups hosting seminars and events using VR to enable their global customer base to ‘attend’ the event and feel part of the action from the comfort of their own desk or sofa.

You don’t even have to have a physical product to utilise VR. Companies have started using VR to train new employees, while museums and heritage sites are using VR to enable disabled visitors to experience the same things as able-bodied visitors. Even the US military have begun to use VR to train new recruits in flight and battlefield simulation. And that’s just scratching the surface of what could be achieved with the technology.

How much will it cost?

VR doesn’t have to come at huge expense to your business either. The rise in popularity of VR and augmented gaming has brought about a mini-boom in the range of VR headsets on the market, with just as wide a variety of design as there is price. Basic, no frills, headsets can set you back around £15-20, the cost of a slap-up dinner at a Shoreditch burger joint, whilst high-end headsets such as the HTC Vive can cost as much as a well-specced laptop. But when you boil VR down to its core definition, you’ll realise that a £15 Google Cardboard headset will cover the basic functions just as well an £800 headset. Sure, the higher-end headsets feature motion tracking, high-resolution displays, and top notch graphics. They may be powered by computers and consoles, rather than mobile phones, and some may come with controllers allowing you a more realistic interactive experience. But in terms of bang for your buck, a basic headset like Google Cardboard will do for many businesses looking to capitalize on VR.

Essentially, it’s down to you and your business. If you’re a luxurious, high-end brand, you’ll want the higher-end headsets. If you’re a small business, the basic headsets will provide your customers with a similar experience for a fraction of the cost.

Pokémon Go might have given us a glimpse of what can be achieved with augmented reality, but if you thought that was big, VR will blow your mind, one cardboard headset at a time.