Sir Clive Sinclair will launch the ZX Spectrum Vega+ later this summer after smashing his crowdfunding £100,000 funding goal on Indiegogo. The reinvented Sinclair ZX Spectrum of the early 80s will have 1,000 original retro games already installed.

The reward crowdfunding campaign for the world’s only handheld LCD console surpassed it's original target in just 48 hours after launching, according to Wired.co.uk. As on Friday 19 February, with a month of fundraising left, almost 2,000 people had donated £203,000, most receiving rewards in return.

£100 gets you The Clive – the first production run Vega+ in Sir Clive's classic black colour. For £500 contributors get 1 of just 4 surviving original Vega plug-into-TV prototype, used in game testing. You could even get access to the launch event at the manufacturer's factory in Nottinghamshire if you donate £250.

What do you get for a £5 contribution? Good karma.

Not to be confused with the Vega+, Sir Clive and his team previously received full funding in January 2015 for the ZX Spectrum Vega, as mentioned in Fleximize's Careers of the Founders interactive visual. 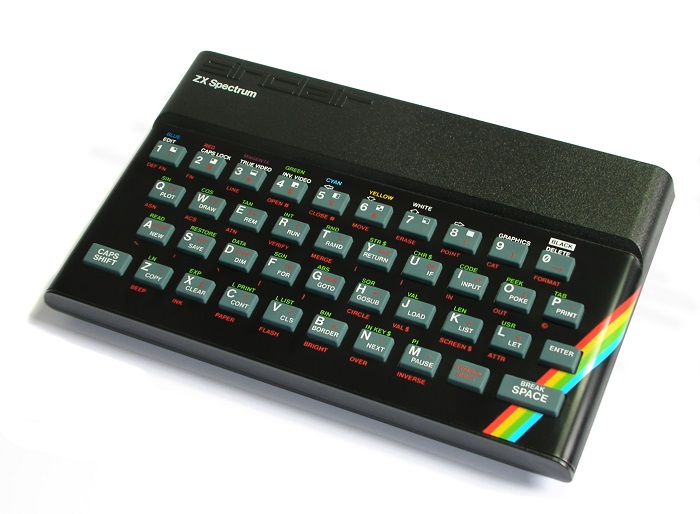 The much-anticipated Vega+ has stereo output for optimum reproduction of gaming sounds and music. The Indiegogo campaign page calls the product "affordable", due to the designer team using technological advances to replace most of the early Sinclair computer electronics, leading to savings on costs.

Speaking about his inspiration for the Vega+, Sir Clive said:

The present surge of interest in retro products inspired me to plan the Vega+ as a handy games console which can be played anywhere.

The inventor's cult-status video gaming of the '80s prompted many people to learn how to code. Among the comments on the crowdfunding campaign site, one developer typed:

I’m very excited about this. Many, many thanks to Sir Clive and team for the ZX81, ZX Spectrum and my rewarding career in software development!!

Sir Clive's retro rebirth of the console via Retro Computers in Luton, Bedfordshire, has been partly prompted by the likes of the Raspberry Pi. The Vega+ not only lets you play via your TV, but you can also download tens of thousands of titles from retro gaming sites and programme games yourself.

Commenting on Indiegogo, the designers thanked everyone who's donated to the campaign so far:

A massive massive thank you to everyone who has supported us so far, we cannot believe we have hit the £100,000+ mark already! We are taking on-board all your comments and will come back to you after the weekend with what we have managed to achieve with the specification of the Vega+, and what we are aiming to achieve further before physical launch!

Sir Clive is one of the UK's most famous tech entrepreneurs. Having started his career in Cambridge, he launched his first mass market consumer product in 1962, and went on to create further products like the world's first pocket TV, calculator and the country's best ever selling PC through his companies Sinclair Radionics and Sinclair Research.

The details on the crowdfunding page breakdown Sir Clive's involvement in the Vega+ project, which would press the console buttons of most entrepreneurs:

The Vega+ project will be marketed by Retro Computers Ltd, a Luton-based startup in which Sir Clive’s company, Sinclair Research Ltd, is a shareholder. The development and marketing of the Vega+ is under license from Sky In-Home Service Ltd, who inherited the intellectual property rights to the Spectrum computers from Amstrad.

If you want to know when Spectrum was sold to Amstrad and more about Sir Clive's career, check out his interactive timeline here.