The Collapse of Carillion: What Can Businesses Learn?

The insolvency of Carillion will have far-reaching implications for its employees and contractors. But what lessons has it taught other businesses?

The collapse of industry giant Carillion has rocked the UK economy and forced many smaller subcontractors to the brink of insolvency. The truth is we won’t know the real cost of the firm’s failure for months, or even years, as the damage done to the thousands of Carillion stakeholders slowly takes effect.

However, what we do know is that the impact will be devastating for thousands of employees, creditors and subcontractors across the UK, with the ripples felt around the world. Although there will undoubtedly be many aspects of this story that are yet to come to light, it also makes sense to look at the situation as it stands to see what we think businesses can learn from Carillion’s dramatic fall from grace.

Low profit margins and high gearing are a bad match

While debt financing of any kind is never inherently bad, it does come with a number of caveats. Any business considering debt finance should only do so if demand is predictable and margins are fairly consistent and ideally quite high, as interest will need to be paid regardless of sales levels or the time of year. Construction tends to be one industry where firms tend to avoid debt if they can, as projects going wrong and cost overruns can impact the firm’s ability to make the repayments.

Carillion broke just about all of these rules. When the firm went into liquidation, it was widely reported that it had £29 million in the bank with debts of around £1.5 billion. It was also hobbled by a huge pension deficit. This situation might have been rescuable if the firm’s profit margins were nice and healthy, but they weren’t – far from it in fact. In 2016, the firm reported sales of £4.4 billion and an operating profit of just £146 million, which equates to just 3.3%.

Despite being one of the simplest and most logical rules in business, it is one that big firms consistently ignore. It's perfectly fair to question how bonuses and options can be triggered for the senior executives of a failing business, yet it seems to be happening time and time again.

If we simply cast our minds back to another recent collapse, that of Toys R Us, we see exactly the same thing happening. In that case, the UK boss’s remuneration rose from £356,000 in 2014 to £1.3m for the year ending 30 Jan 2016 while the business was crumbling around him.

In the case of Carillion, last year the former chief executive received a £245,000 bonus and £346,000 in long-term performance incentives, taking his total annual package to £1.5 million. In principle, there’s nothing wrong with performance incentives, but they must be structured in a way that accurately reflects the success of the company and must not encourage corner cutting. 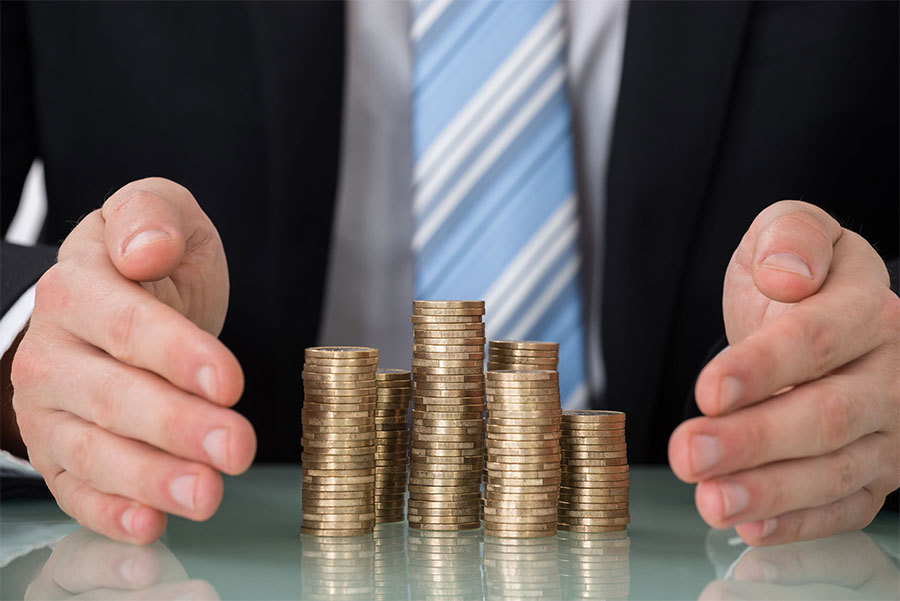 Don’t take on more than you can handle

Investors are often told to diversify their investments to reduce their exposure to risk; however, the same cannot be said in business. Carillion was a sprawling organisation with arguably too many fingers in too many pies. The construction industry was the business’s core, but over the years it expanded into industries as diverse as customer services, aviation, healthcare, education, finance and oil and gas.

When it all came crashing down, Carillion had 43,000 staff around the world with operations in the Caribbean, Canada and the Middle East. That begs the question: did Carillion just get too big? Growth is one thing, but the low profit margins show Carillion was likely suffering from huge diseconomies of scale due to its inability to coordinate and communicate effectively.

Smaller businesses that lose sight of their core business can experience the same problem. Rather than concentrating on what they’re really good at, many try to grow through diversification, but soon realise it’s better to stick to what they know. Instead of excelling in one field, they diversify into new markets, take on additional costs and lose their competitive advantage. If it’s not corrected quickly, it can be a slippery slope to insolvency.

Carillion’s history is littered with acquisitions. There was Mowlem in 2006, Alfred McAlpine in 2008, Eaga in 2011 and the facilities management arm of John Laing in 2014. Mergers and acquisitions might seem like a fast and effective way to grow a business without having to wait years for marketing and sales activity to pay off, but this strategy is not without its challenges.

Combining two businesses often creates many issues that did not exist before. For example, operating in multiple markets, meeting the needs of a larger and more diverse customer base, dealing with larger product and service portfolios, and integrating staff while keeping them motivated all create additional complexity while putting huge demands on cash.

If you are looking to expand through an acquisition, the tried and tested approach is to invest in small, bolt-on deals that can add to your existing momentum rather than starting in a new sector from scratch. In the case of Carillion, the deals added to the firm’s geographical reach and service offering massively, adding to the complexity and sucking up the cash.

Investors are often told to diversify their investments to reduce their exposure to risk; however, the same cannot be said in business. Carillion was a sprawling organisation with arguably too many fingers in too many pies.

Always be a realist

When you’ve worked hard to grow a business from the ground up, you’ll understandably see it through rose-tinted specs. However, it’s important to remember the lessons you learnt along the way. After all, there’s always a good chance those discussions you’re having with that new customer will never turn into anything concrete.

In the Carillion collapse, the accounts showed the firm was overly optimistic, bordering on naivety, when it came to prospective new contracts. In its 2016 Annual Report and Accounts, the financial highlights pages celebrate the firm’s “pipeline of contract opportunities” and “order book plus probably orders”, but we’ll never know how many of those “probable orders” actually came through. It was clearly not enough to keep the company afloat.

Every business should always consider the worst-case and best-case scenario and accept that the reality will probably fall somewhere in-between.

Bigger is not always better

The overriding lesson to learn from the Carillion collapse is that bigger is not always better. A smaller business that’s well-run, efficient and excellent at what it does can trump a sprawling enterprise which might look good on paper, but which is really falling apart at the seams. As a learned commenter on a leading UK newspaper’s website so succinctly said: “More is not always better. Million, billion, trillion… Carillion.”

Mike Smith is a senior director for Companydebt.com, which provides businesses with confidential insolvency assistance and free business debt advice. It can help with company rescue, liquidation, HMRC tax problems & winding up petitions.