Cryptocurrencies: What Does the Future Hold?

Will cryptocurrency ever replace traditional currency?

Cryptocurrency has been a hot topic among senior banking and investment figures of late, with JPMorgan Chase CEO Jamie Dimon describing bitcoin as a "fraud". Speaking at a conference, Dimon said the digital currency is “not a real thing,” adding “eventually it will be closed.”

Usually when an industry giant speaks, you would be wise to listen. But, whilst Dimon’s comments may have attracted headlines in the business pages, and he is not alone in his views, it is also worth noting that opinion on this topic is divided.

Take, for instance, Anthony Jenkins, ex-CEO of Barclays. He has warned that banks face their own “Kodak moment” (the photography giant failed to take the threat of digital cameras seriously) if they fail to keep up with the pace of rapidly developing financial technologies. Commenting on artificial intelligence (AI) and cryptocurrencies like bitcoin, Jenkins has said: “This is just in the footprints of what's going to happen here. As these technologies season and develop, we can imagine total transformation of the banking system, using blockchain for example, in a world where banks don't really exist anymore."

And Jenkins is not alone. Oliver Bussmann, the former chief information officer of UBS, envisages a new world order that “cuts out the middleman”, and sees one of cryptocurrencies’ key strengths as “the way that startups use it to get funding”.  A former JPMorgan executive even went as far as to tweet, “Jamie, you’re a great boss and the greatest of all-time (GOAT) bank CEO. You’re not a trader or tech entrepreneur. Please, STFU about trading bitcoin.”

Jamie, you're a great boss and the GOAT bank CEO. You're not a trader or tech entrepreneur. Please, STFU about trading $BTC.

So, who should you believe?

One of the most compelling features of cryptocurrency is its use of blockchain, a powerful piece of technology that essentially acts as a digital and decentralized ledger system. It’s because of this that fans of cryptocurrency talk about it as a way of reducing theft and bringing transparency to the financial system. Cryptocurrencies come with their own audit trail, which means no more cash stuffed under a mattress or cash-in-hand transactions that fail to make it on to the taxman’s books.

This audit trail is also making cryptocurrencies look increasingly attractive to some governments. In 2014, The Economist estimated that around $20 trillion was stashed away by individuals and companies in tax havens around the world. That is a lot of untaxed money when governments everywhere are keen to see tax receipts increase. In the cryptocurrency world, missing money should be a thing of the past because the inbuilt audit trail would mean it can be traced.

Considering the carrot that such an audit trail represents, you may wonder how governments and banks have yet to get to grips with cryptocurrency. The simple answer is that it was developed by the tech sector, not the banking sector. Cryptocurrency was born of ones and zeros, not notes and coins – although it is worth noting that the investment value attached to cryptocurrencies is measured very much in the traditional pounds and pence way.

You may wonder how governments and banks have yet to get to grips with cryptocurrency. The simple answer is that it was developed by the tech sector, not the banking sector.

What next for cryptocurrency?

Cryptocurrency is still very much in its infancy, so fears of a “bubble” and concerns around ICOs (initial coin offerings) – evidenced most recently by China’s ban of them – are far from unfounded.  However, whilst some would argue that these are signs that cryptocurrency is one big “fraud”, others are more tempered, seeing it as a sign that the sector needs to grow up, and that it’s time for bankers and regulators to get involved.

One thing that could turn the heads of established players is Ethereum, a blockchain-based open software platform launched in 2013. Ethereum – and its various currencies – is the biggest current rival to Bitcoin and, according to the Cambridge Centre for Alternative Finance, the system attracting the attention of governments.

Ethereum technology brings blockchain to businesses, in particular to startups. The blockchain here is an online peer-to-peer (P2P) list of transactions. The list brings visibility (everyone can see it), and any type of contract – be it a sale, purchase or other kind of agreement – is instantaneous, secure and verifiable. Ethereum represents a new way to program the blockchain so that it can be used by any kind of software, and therefore by any kind of organisation selling any kind of product. It is secure, transparent, audited and digital. 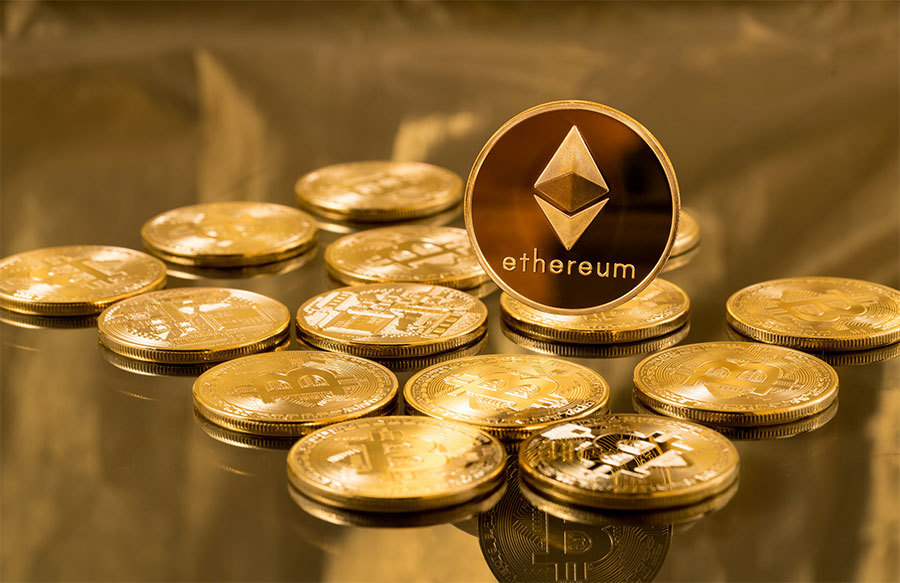 If it is not clear how this works, then consider Uber. At present, customers pay Uber which in turn pays a ‘freelance’ driver for the fare, taking a cut of the payment for its services connecting the driver with the customer and facilitating the transaction. If Uber used Ethereum as a blockchain technology with a cryptocurrency, say UberCoin, payment would be exchanged faster, more securely and visibly. Because the process is decentralized, it would cost the customer less money and pay the driver more. Of course, this could cut out the middle man, making Uber central office obsolete. However, this is just a theoretical use, and how it will be applied is yet to be seen.

Cryptocurrency, and the technology behind it, also has the potential to bring financial inclusion to the world’s poorest people. This is evidenced by a new collaboration between Ripple and a handful of other tech partners, which is supported and funded by the Bill & Melinda Gates Foundation. Through a piece of open-source software called Mojaloop, Ripple believes it can transform the lives of billions by allowing them to make and receive payments, something the developed world takes for granted.

The potential of cryptocurrency to transform financial services can’t be ignored. Whilst it is still far behind traditional currencies as a payment method of choice, that's certainly not to say it always will be.

Sacha Bright is founder of businessagent.com, an online marketplace that connects ;businesses and entrepreneurs with investors and lenders.