Why business owners should learn to love failure

Making mistakes is second nature to small business owners and entrepreneurs. Or at least it should be. If you’re conspiring to take risks, push boundaries and challenge assumptions, you’ve got to allow for a few slip-ups. In fact, you should embrace them.

Fear of failure is kryptonite to growth and innovation. Large companies tend to err on the side of caution, sticking to what they know, so there’s a huge opportunity for nimble scale-ups to tackle them head on, if you’re willing to make friends with failure.

Engineer Sir James Dyson counts error as one of his most valuable tools for success. The British inventor spent 15 years building 5,126 versions of his first Dual Cyclone vacuum cleaner before it hit stores in 1993. And he’s still iterating, constantly pushing for greater efficiency, superior materials and speedier motors. His cleaning empire is now valued in the multi-billions and Dyson himself owns more British soil than the Queen.

Dyson gets a kick out of mistakes, seeing them as problems to be solved. He’s a big advocate of normalizing error and considers agile thinkers, who occasionally back the wrong horse, more employable than a highly polished CV. He carefully crafts an environment conducive to risk taking by removing criticism and cynicism, while encouraging the curious and persistent to pursue design through trial and improvement. Every slip is a step closer to a solution, and he’s not the only big hitter to see it this way.

The renowned creator Edison said: "I have not failed. I've just found 10,000 ways that won't work." These 10,000 deviations led to 1,093 patents including the mimeograph, phonograph, ticker tape, storage battery, carbon transmitter and one half of the light bulb. 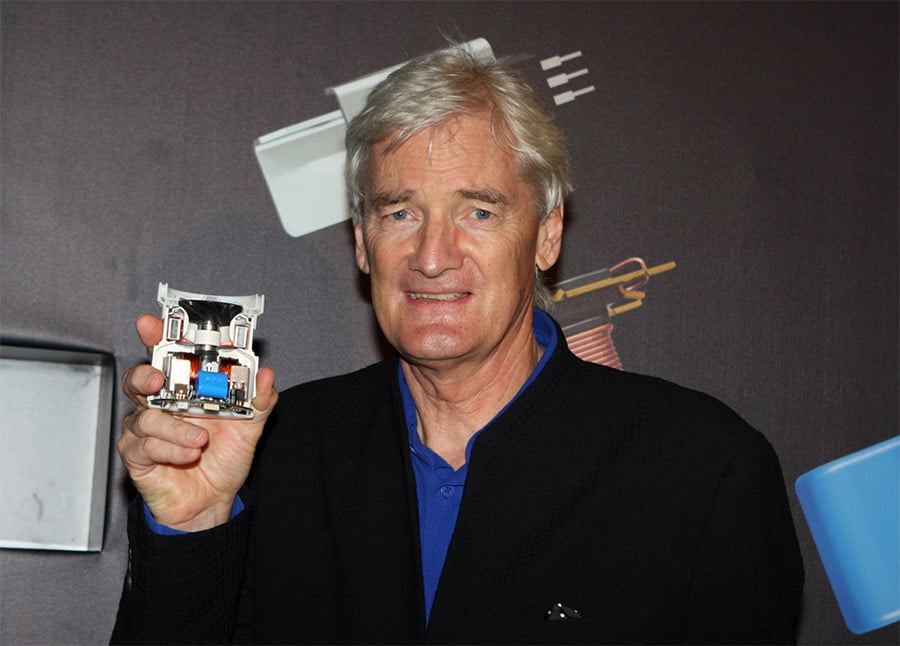 Almost like a laboratory, your office should be a safe space for experimentation, mistakes and constant iteration. The Beatles applied this philosophy, constantly diving into unexplored musical territory to reinvent their sound. As Paul McCartney explained, “We would say: ‘Try it. Just try it for us. If it sounds crappy, OK, we’ll lose it. But it might just sound good.’ We were always pushing ahead: louder, further, longer, more, different.” They blended genres and were the first rock band to use feedback, Indian sounds and a string quartet. A readiness to take risks and be the experiment helped establish the band as a global cultural force.

Gavin Wheeldon, CEO of Purple, the intelligent platform for physical spaces, is another firm advocate of learning through failure. His first business folded when over-enthusiastic, rapid expansion meant he could not keep up with salary cheques. Wheeldon skilled up on financial strategy and analysed his mistakes before launching his second startup, which made all the difference to success.

J. K. Rowling, creator of Harry Potter, once commented: “It is impossible to live without failing at something, unless you live so cautiously that you might as well not have lived at all, in which case you have failed by default.”

From idea to the launch of Habit, my leadership and culture consultancy, there have been numerous blunders along the way. Rather than retreating to lick my wounds, I grab slip-ups as an opportunity to learn and improve. My biggest blooper came in my second month when I – a little foolishly – agreed to split the fee for a piece of work with a fellow consultant, assuming he would also do half of the work. Despite numerous nudges from my side (and his wife!), I ended up doing everything, yet took only half the fee. My lesson? Fairly and clearly carve out accountabilities and deadlines before signing off on a project. I also now find low-risk ways to test working with new people before jumping in the deep end.

Creating a fail-friendly work culture has to start with leadership. You cannot expect your team to share and learn from their mistakes, if you are not willing to hold your hand up when things go awry.

We would say: ‘Try it. Just try it for us. If it sounds crappy, OK, we’ll lose it. But it might just sound good.’ We were always pushing ahead: louder, further, longer, more, different.

Humility and an ability to admit when you are wrong are two vital qualities of an innovative leader. Humble leaders are self-aware, quietly confident and secure enough to admit mistakes. This certainly shouldn’t be perceived as weakness – on the contrary, public admissions of failure can garner respect from your team, promote informed risk-taking and allow you to explore new solutions.

Take these four habits back to your office and encourage your team to share and learn from their mistakes.

At weekly or monthly catch-ups, ask each member of your team to write down a recent failure and the associated learning. Then, ask everyone to share their stories, how it made them feel and place it in your office ‘failure jar’. It’s really important that you go first to model best practice and boost your team’s confidence.

I’ve tried this with many organisations, from startups to global consumer brands. They’ve all said that it’s tricky to get started and embrace total transparency, but agree that it has consistently created a more open culture and better understanding of each other.

Stanford University professor Carol Dweck’s research dug deep into understanding our ability to overcome failure. She studied how thousands of students responded to setbacks and worked out what made it likely for them to bounce back or be utterly destroyed. The answer? It’s all in our heads.

Those with a fixed mindset – believing that skills are set for life and will never change – are likely to avoid making mistakes for fear of being labelled incompetent or limited. Instead, they repeat tasks they know they are good at and shy away from challenge. They like to feel smart when they inevitably get it right.

On the other hand, those with a growth mindset believe skills can improve with time and effort. Confident in their ability to get better, a growth mindset leads to higher achievement through hard work and practice. 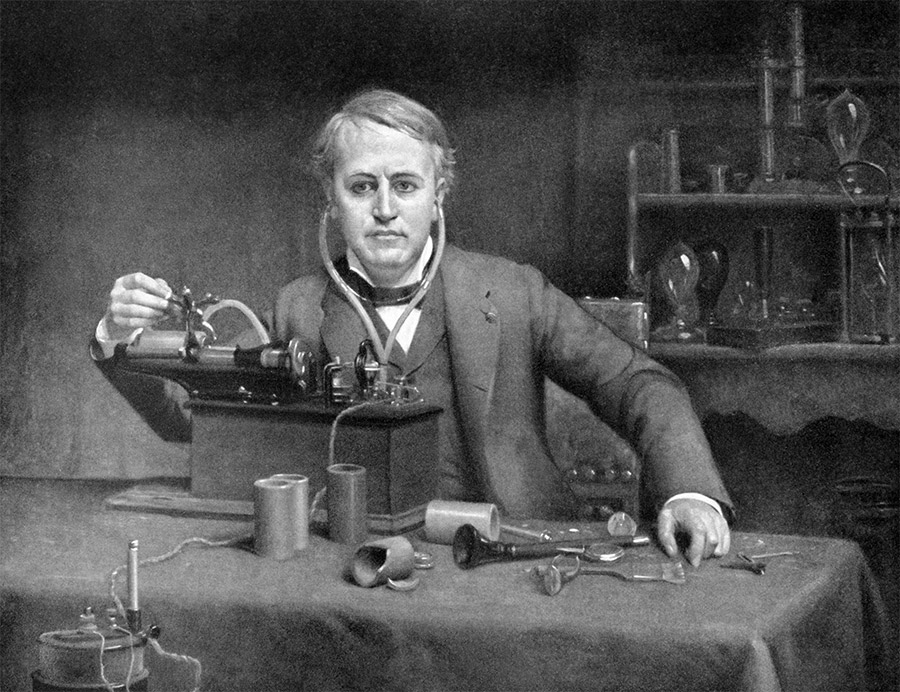 American pro basketball player Michael Jordan clearly demonstrated the benefits of a growth mindset, saying: “I’ve missed more than 9000 shots in my career. I’ve lost almost 300 games. 26 times, I’ve been trusted to take the game-winning shot and missed. I’ve failed over and over and over again in my life. And that is why I succeed.”

Science agrees with Michael. The latest research on brain plasticity proves that our neural networks can get stronger and speedier when we embrace learning and take risks.

You can help your team develop a growth mindset through the effective use of feedback. Rather than telling everyone they have done a great job, get specific and focus on praising hard work and effort, recognizing their ability to improve, not just the end result.

Stuck in a rut

Leaders do not need to have all the answers. Ask your team to share their ideas and reach out when you are stuck. They may have a creative solution to a problem you have been sitting on for days. Not only does this show you are strong enough to admit when you are baffled, but it also builds trust and helps your team feel valued – and their ideas respected.

Failing is tough. It’s no wonder most people avoid it at all costs. Try to embrace antifragility, the ability to grow from disruption, disorder, risk and error. In his book, Antifragile: Things That Gain From Disorder, author Nassim Nicholas Taleb states: “Antifragility is beyond resilience or robustness. The resilient resists shocks and stays the same; the antifragile gets better.” What doesn’t kill you really will make you stronger.

Innovation is all about solving problems, fixing the unfixable and building things to make other things work better. Mistakes are an inevitable part of this process, and it turns out they are big business too.

Flick Hardingham is founder of Habit, the leadership and culture consultancy. Acting as rocket fuel for business success, Habit’s action-orientated programmes arm organisations with the attitude and behaviour to sharpen their competitive edge, drive employee engagement and thrive in the innovation economy.