Business Energy: Getting the Best Deal for Your SME

How to avoid the traps of the business energy market

Following a two-year investigation into the energy market, the Competition & Markets Authority (CMA) and the energy regulator Ofgem are trying to sweep long overdue change into the business energy market. And many of the changes are coming into effect now.

So, what are the common traps, and how do you avoid them?

One of the biggest myths is that energy brokers provide a free service. They don’t. They’re just like travel agents. No one can work for free.

Some brokers will actively push you to sign with a certain supplier because that supplier is offering extra commissions to their brokers. They’re definitely not being impartial.

If you know a lot, you’ll possibly get a fair deal. Most of the time, you’ll pay over the odds. We’ve seen examples of brokers earning as much as £800 a year for arranging the electricity supply to a small shop. In this example, the cost was obvious, as the shop owner was paying 16 pence/kWh while the rates in the market were closer to 10 pence/kWh. The six pence uplift was the energy company collecting the broker’s commission for him. 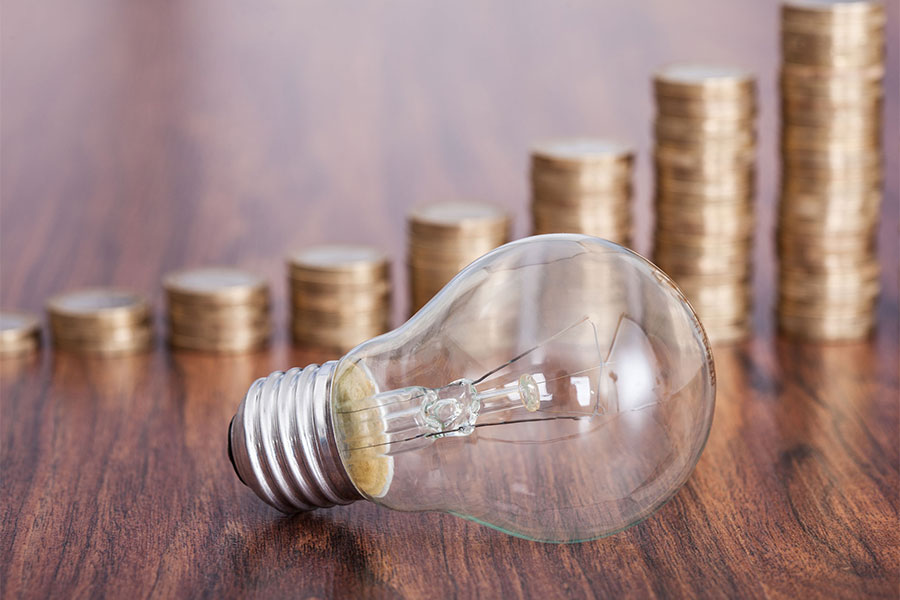 Good brokers are great, and provide a useful and valuable service. They save you a lot of time and money navigating the bureaucracy of large energy companies. And they should get paid for that, but not over the odds. And they shouldn’t hide it from you – the customer.

Always ask a broker what their commission is. If they avoid answering with a number, tell you they’re free, or say they’ve negotiated special rates with the energy companies, they're misleading you.

Just like maintaining a current insurance policy to cover business risks, it’s critical to have a current and valid energy contract for supply to your shop or office.

If you don’t have a current and valid contract, you’ll be placed by your energy supplier on an expensive tariff. These tariffs are known as ‘deemed rates’ or ‘out of contract rates’. They are generally 100% more expensive than a standard contracted rate, meaning you’re probably paying double what your competitors are. It’s therefore essential that you maintain a current energy agreement, especially if you’ve recently moved premises.

Check your bill to see what date your energy contract ends. If it’s not there, chances are you don’t have a current contract and you’ll be on incredibly expensive deemed rates

Shop around for energy suppliers

Like airfares and hotels, there’s a lot of choice and competition out there, which also means there are lots of deals. Unlike hotels, energy is a commodity, meaning there’s no difference in quality. The only real differences are service – if things go wrong – and price. For that reason, it’s important to get as many quotes as you can.

Thankfully, getting quotes is now incredibly easy. There are a number of online services that let you compare the lowest prices, which can be easily found with a Google search. The best sites let you compare by entering your premises details, and will then reveal prices on screen. Sites like energy-scanner.com and loveenergysavings.com are among the few that offer online prices.

Other services will require you to fill out a form, and wait for a call back. They’ll generally be more expensive, as they need to pay for call centre staff.

Always ask a broker what their commission is. If they avoid answering with a number,​ tell you they’re free, or say they’ve negotiated special rates with the energy companies, they're misleading you.

Should I switch or just renew?

When your contract ends, you’ll probably be offered a new one by your energy company. However, energy companies usually work by offering lower prices to new customers, and then increasing the price when the customer renews after the first year. It’s a ‘loss-leader’ pricing approach. So, even if you love your energy company, it’s worth checking the market just to keep them honest. Don’t just automatically renew.

Unfortunately, the business energy market is less transparent than domestic energy, but by being savvy, you can save your business a lot of money – in some cases thousands – especially if you haven’t switched or signed a new contract in the last 12 months.

The key things to remember:

Finally, for peace of mind, switching energy supplier will not affect your energy supply. Energy suppliers don’t actually deliver the energy to your premises, they just bill you for it.

Nick Dwan has worked in energy markets globally. He previously led strategy and development at one of the biggest, and most trusted, energy companies in Australasia. He now leads Energy Scanner, which directly connects small businesses with the cheapest deals from energy suppliers.