How Deborah Meaden Made Her Fortune

The Dragons' Den entrepreneur is worth millions, but how did she achieve her high-flying status?

The names that stand out as the great entrepreneurs that startups aspire to be are, usually, men. And in fact, Deborah Meaden was the only businesswoman on Dragons' Den for several years, taking a tough stance on young business hopefuls.

But if there’s a glass ceiling, Deborah Meaden has smashed it. She turned a family business around in little more than ten years to generate a personal fortune of more than £30 million, and now has interests in 19 different businesses.

Know when to quit

She started young; at just 19 she moved to Italy to launch her first business, exporting ceramics and glass to UK retailers, including Harvey Nichols. The company was a flop and she folded it after only 18 months. Knowing when to fold your hand, she says, is one of the most important lessons for a business owner. She told the Daily Mail back in 2008:

“I consider it a failure to slog on with a business that is going to die sooner rather than later. It’s very difficult to realize you’re not going to make money out of something. A lot of people are blinded; they think I can’t give this up, I’d feel like a failure.”

On returning to the UK, she launched a franchise of Italian clothing brand Stefanel, and sold out to her partner for £10,000 two years later.

From slot machines to millions

That was when she joined the family business, Weststar Holidays, set up by her mum and stepdad. It was something she’d vowed never to do, and she started at the bottom, overseeing the slot machines in the arcade. It was her flair for business the drove her into the managing director role three years later, at the age of 32.

In 1999, some seven years on, her parents retired and she instigated a management buyout of Weststar. For Deborah, Weststar was always about business, and she treated her parents as she would any other any other business owners when it came to negotiations. “We sat round the table and negotiated,” she told the Daily Mail.

“I could see from the looks of the advisors that they were thinking,‘I thought they were family?’ My parents wanted to sell at the highest price they could get and I wanted to buy it for the lowest.”

Perhaps because of her no-nonsense, straightforward approach, the buyout didn’t interfere with her relationship with her family. She remained at the helm of Weststar. When she sold to Phoenix Equity Partners for £33 million in 2005, she’d grown the family-run one-site project to five-site mini empire with 150,000 visitors each year. She held on to a 23% stake, which she sold in 2007 when Weststar was liquidated, collecting another £19 million. 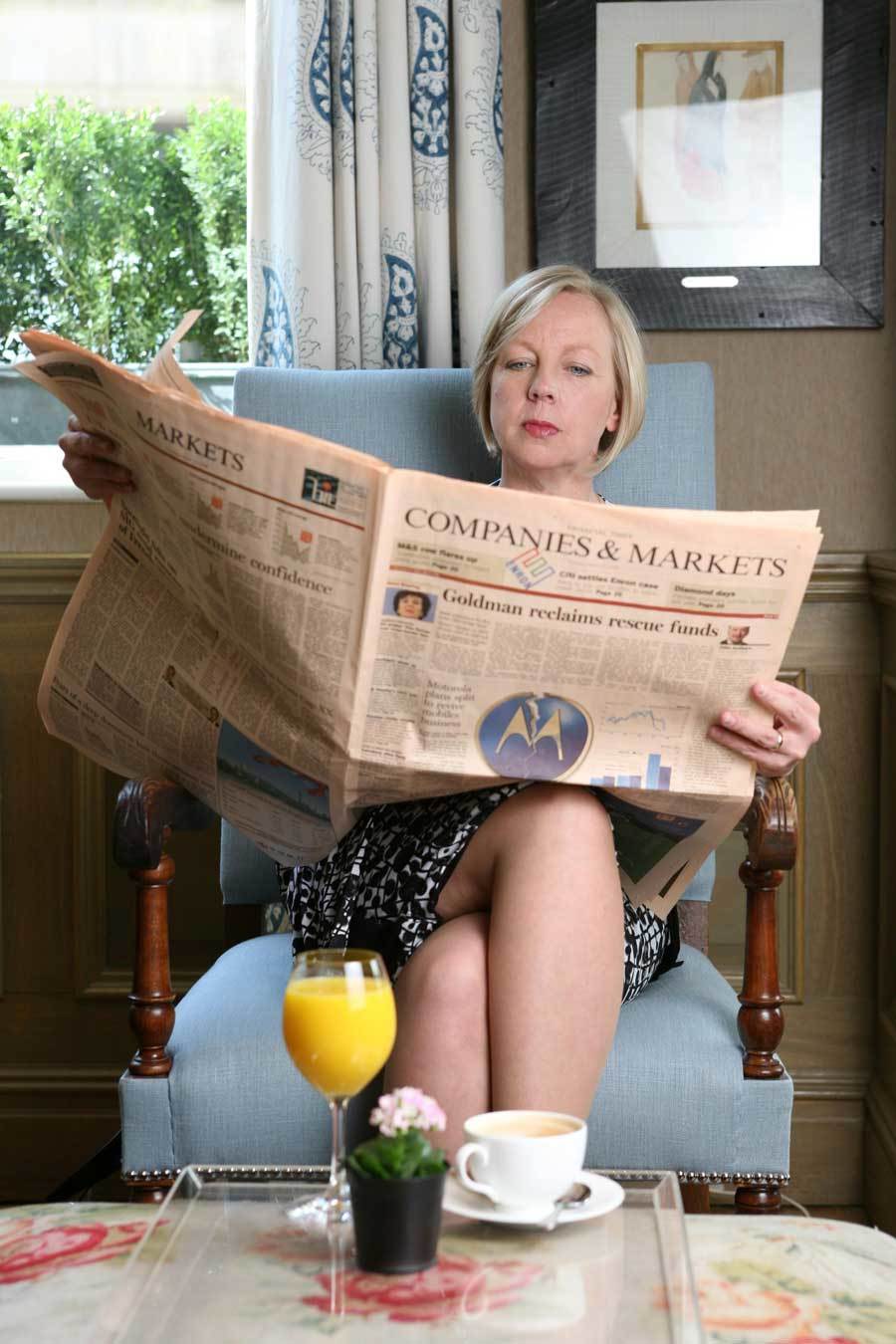 She may be a regular feature of our TV screens now, but before Deborah joined Dragons' Den in 2006 she’d turned them down twice. Over the years she’s sat alongside Peter Jones and co, investing in more than 30 startups, including novelty ice creams, an outdoor exercise mat, and children’s backpacks. But those years in the Den made her tough. She told business magazine Director, “When I started I took a lot at face value and trusted people were being genuine because they were on TV. But I’ve learnt sometimes they’re just there for the publicity. Today, you’ll have to make me see that you genuinely want me as an investor, or I’m out.”

Outside the Den, she famously invested in the last surviving woollen cloth mill, Fox Brothers, in 2009, to found a luxury British artisan products brand called The Merchant Fox in 2011. The mill had been going since the 18th Century, but don’t think she saved it for sentimental reasons. “I saw a business opportunity,” she told the Daily Telegraph in 2014. The Merchant Fox, and Deborah herself, are still going strong.

Today, Deborah enjoys a personal wealth of £40 million – she's one of the UK's female entrepreneurs providing a first-rate example for other women who want to take on the business world, and win.

To find out about other famous company founders and some of the world's wealthiest people, visit this awesome creative content: Careers of the Founders, The Morning Rituals of Highly Successful People and Millionaires to Billionaires.